Today, Mohamed is thriving in his new life in Saint John and looking forward to a brighter future.

Mohamed Hassan Mohamed came to Canada – and Saint John – in 2019, eager to forge a new life for himself.

Originally from Somalia, he settled here intent on leveraging the business degree he earned years earlier at the University of Malaysia.

More than anything, he wanted to become a Certified Professional Accountant, or CPA.

While working with a settlement counsellor at the YMCA, she referred Mohamed to Ability New Brunswick, certain that we could help him.

Mohamed, 33, deals with pain and mobility issues continuously. He has ankylosing spondylitis, an inflammatory disease that can cause some of the small bones in the spine to fuse.

The job search in Canada is much different than in other places he has lived. We helped him navigate the job search and apply for positions.

He also wanted help learning common office software programs and we were able to connect him to Neil Squire and its Digital Jumpstart program, where he could master those skills.

One of our transition planners was able to help Mohamed earn recognition here for his degree from Malaysia, clearing the way for him to study for the CPA, and helped him apply for studies at the CPA Atlantic School of Business.

Today, Mohamed is thriving in his new life in Saint John and looking forward to a brighter future.

And he is forging that future thanks to generous donors who support the mission of Ability New Brunswick, which for 65 years has been advocating for thousands of people like Mohamed. 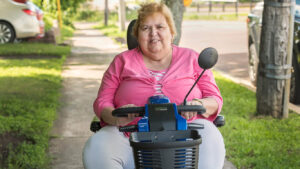 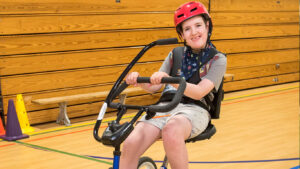