Christine and Patrick know that their son, Malik, is up for any challenge – whether it’s racing with his wheelchair, trying out sledge hockey or bracing for medical tests arising from the spinal cancer he has battled since infancy.

Malik was just two months old when he underwent a complex and lengthy surgery to remove a large tumour on his spine at the IWK Health Centre in Halifax.

It was the culmination of anxious days for Christine and Patrick as baby Malik had struggled with health complications arising from the extremely rare cancerous growth.

“There are only three or four other cases of this kind in the world,” Christine says. “It’s a slow growing cancer and it is usually seen in older kids, not in babies, and typically it’s in the head, not on the spine. The doctors initially weren’t sure how much of the tumour they would be able to remove, but they got it all.”

The Moncton-area family knew that Malik would not be able to walk, but physical limitations have not curbed his energy and sense of fun, including his interest in hockey.

Thanks to Ability New Brunswick, he now has a small hockey sledge he can use when the conditions are right.

“It is still new for him. But it’s so much better than the year before because we didn’t have anything then,” Christine says.

“It will be so much better for him to be able to move more. He loves to play hockey and he has a lot of interest in sports. I know in the future, Ability New Brunswick will be there to help us with equipment and other programs. We are really lucky to have Ability New Brunswick.”

Christine says a neighbour has a backyard rink Malik can use. They also recently went to the arena with the sledge where Malik had a great deal of fun hitting the hockey puck around the ice rink.

“Just like every kid, he loves being out in the fresh air, having fun,” she says. 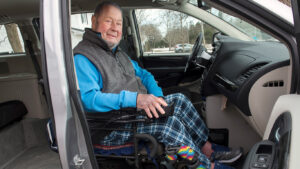 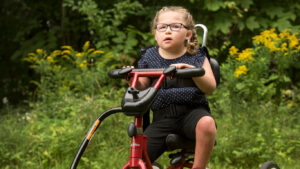 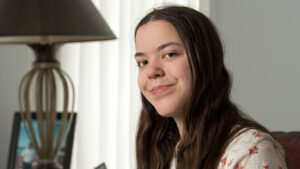